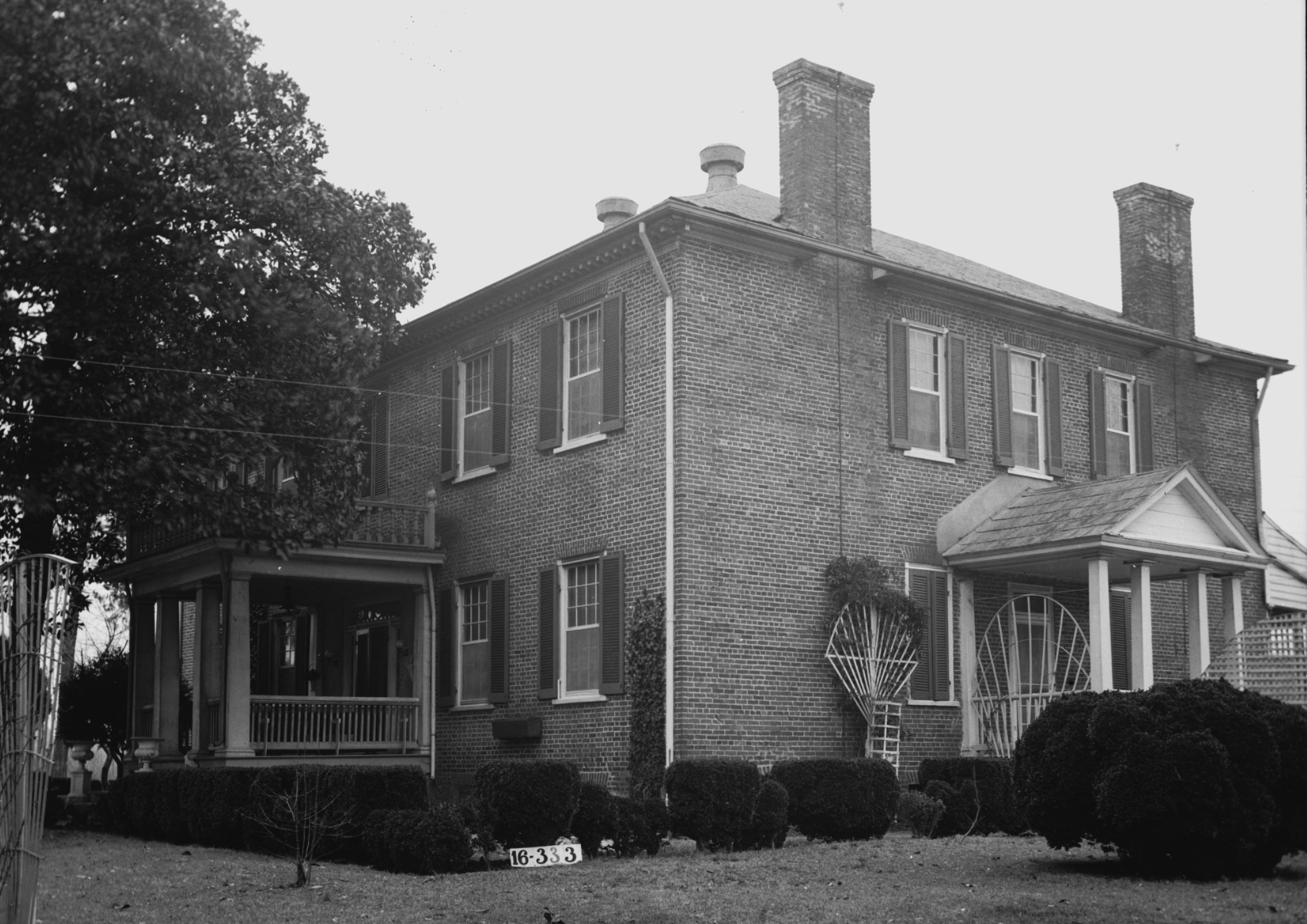 The Governor Robert Patton House, named Sweetwater Mansion after the creek near which it resides, is a plantation house on the outskirts of Florence. Patton’s once flourishing estate served his family for over 138 years before falling into disrepair. Despite numerous attempts to restore the domain, it remains in a state of decay. Today, it sits abandoned and fenced off from public access, its fate unknown. But not all of the residents have moved on.

Sweetwater Mansion, sits on what was once a 4000-acre plot of land acquired first by General John Brahan of the Alabama Militia. Brahan served as a General under Andrew Jackson in the War of 1812. He moved to Huntsville in 1818 and was appointed Commissioner of Public Lands by Andrew Jackson. It was here that he designed and initiated construction of the eight-room brick house, but would never live to see it to completion. Brahan passed away on July 5, 1834, leaving the property to his son, who then traded it to his brother-in-law Robert Miller Patton. Patton completed the structure in 1835, following his father-in-law’s design.

Robert and his wife, Jane Brahan Patton, bore nine children together in the eight-room estate. But Sweetwater was no safe haven for the family. When the Civil War came to Alabama, Sweetwater was in its direct path. Soldiers from both sides flooded the city of Florence frequently. The Pattons, themselves, saw three of their sons leave when the war broke out; only one would return home. Brigadier General Gideon Johnson Pillow chose Sweetwater as his personal headquarters in for a short period in 1864.

When Sherman’s men marched through the area on their way to Chattanooga, they stopped – quite literally – on Sweetwater’s doorstep. After setting up camp on the creek’s edge, they immediately set to work raiding the family’s food, cellar, farm, and any supplies they could tie to their horses – including other horses. Sherman’s men raided the home numerous times, even assaulting Jane on one occasion. Slave cabins were used as temporary infirmaries, with some accounts claiming the house, itself, served periodically as a hospital throughout the war.

This is where the darkest tales surrounding Sweetwater Mansion arises. William “Billy” Patton died in the Battle of Shiloh on April 6, 1862; he was only 24. His body returned to Sweetwater, where it was displayed in a casket in the parlor for his funeral. Legends claim his mother, Jane, became overwhelmed with grief over the loss of her son. She refused to let him be taken away. Instead, Jane had Billy interred in a secret room in the basement where she would be able to visit him. No documentation exists to support these claims, and a marker in the Patton family plot in Maple Hill Cemetery, in Huntsville, bears his name. However, a caretaker for the home once told of seeing a spectral funeral play out in front of her eyes in the parlor, complete with a confederate soldier laid out in a coffin.

Billy’s brother, Robert, was soon to follow. Robert Weakley Patton perished just short of the ending of the war at the Battle of Selma. He died exactly three years after his brother, on April 6, 1865. Robert’s body returned home and was interred in the family plot in Maple Hill. Although some speculate that he may have spent time next to his brother in the basement’s secret crypt.

Robert Patton was elected Governor of Alabama immediately following the end of the war. He was the impetus behind Alabama’s drastic post-war debt reduction. However, the Reconstruction Acts of 1867 stripped Patton of his authority. He moved on to other business ventures, contributing the the reconstruction of the University of Alabama, and the establishment of the Alabama and Chattanooga Railroad. Patton passed away at his beloved home on February 28, 1885. Jane continued to live out her years in the estate, passing away in her bedroom at the age of 88 on April 15, 1902.

Mattie Hays inherited the mansion after the passing of her mother. Much like the Pattons, Mattie Hays and her husband, John David Weeden, were prominent members of Florence society. Weeden practiced law in Huntsville before enlisting to serve the Confederacy in 1861. He rose to the rank of Colonel before the end of the conflict, and then returned home to Huntsville to resume his practice. He married Mattie Hays in 1870, and assumed ownership of Sweetwater. The subdivision of Florence in which the mansion resides is now referred to as Weeden Heights, named for this influential family.

Ain’t Afraid of No Ghosts

The mansion, like many ramshackle ‘haunted’ houses, is most likely a victim of emblazoned ghost stories. Storytellers – of all ages – like to point to Lettie Region, long-term caretaker of the mansion, as proof of the horrors within the old homes’ walls. Legend says she was so terrified of the ghostly activity in the home that she confined herself to living in only two rooms in the front of the home. The truth is that only one room in the mansion had an air conditioner and heat (provided by a few ceramic heaters). This room also had a large window overlooking the property, allowing her to spot trespassers. A personal friend of Lettie’s who maintained a blog about the property for a short time said she was a pistol-packing woman who was afraid of nothing.

People also tend to refer back to Miss Region when discussing the building’s poor condition. There’s no record of when Lettie moved into the home, but it’s said she was there more than 20 years. She was responsible for keeping up with repairs and the protection of the property, and many blame her for the home’s decline. However, one close friend says the current owners and city owe her a debt of gratitude. Without her, the property may be in even worse condition. Miss Region remained in the home until her passing in 2004 at the age of 74, keeping the roof up and the vandals at bay despite her age and failing health.

Tales of the paranormal have plagued the old estate for decades. On a few occasions, the owners or operators have opened the doors to ghost tours and paranormal teams. Many guests taking photographs on tours or while visiting the property claim to have captured faces or floating lights. One such picture shows the image of a civil war soldier standing on the lawn. Caretakers and visitors alike tell of apparitions, moving objects, disembodied voices, phantom footsteps, and slamming doors. Apparitions described by witnesses tend to vary in description, the two most frequent sightings are that of Billy and his mother Jane.

A caretaker for the property holds the most unique claim. She was passing through the parlor one day when she was startled by the image of a casket on display, as if for a funeral. Inside, lay the body of a Confederate soldier with a gunshot wound on his forehead. A mannequin head with a trowel embedded in it was once left behind by trespassers. The head seems to have angered the spirits of Sweetwater, because it was thrown across the room on multiple occasions. These events were caught on security footage and shared with Travel Channel’s Most Terrifying Places.